The Head of the Department:

Basis of the Department "Physical Education" was founded in 1955. Aim and objective of creating the Department was the introduction in the educational process of the subject "Physical Culture". This year, for training in physical education and sport was hired Olympian, a veteran of the 1941-1945 war V.G.Fedotov. In those years, classes in physical education and sport, sectional workout with students performed P.I. Donchenko, Z.F. Fedotov, and in subsequent years Yaskov V., A.I. Rohmatov, L.A. Kutyanina, S.A. Khudoshin, G.A. Levin , A.S. Korotin, G.M. Lisnyak K. Kolomna, O. Abdalimov , E.B. Kowalska , T. Intercession , O. Pinenko. ​

In the years 1970-1980 Head of Department and Senior Lecturer V.G. Fedotov P.I. Donchenko simulators developed in several sports and conducted research on them. Based on these studies have defended their dissertations and received the title of professor. In the years 1981-1991 the department "Physical Education" in charge of one of the founders of great tennis in the Republic of Uzbekistan master grade I.M. Gafitulin. ​

In 1984 he was promoted to associate professor. In 1991, on a competitive selection process for the position of head of the department was appointed Ph.D., Associate Professor I.A. Koshbahtiev. In 1994 he defended his doctoral thesis, and in 1995 he received the title of professor in 1996 was elected an academician of the Russian Academy of Pedagogical and Social Sciences. Professor I.A. Koshbahtiev in 2000-2002, was invited to the Bulgarian football league teams "Levski" consultant. The team became the champion of Bulgaria and the Republic won a cup. ​

TRAINING COURSES in the faculty

Professor teachers of the department 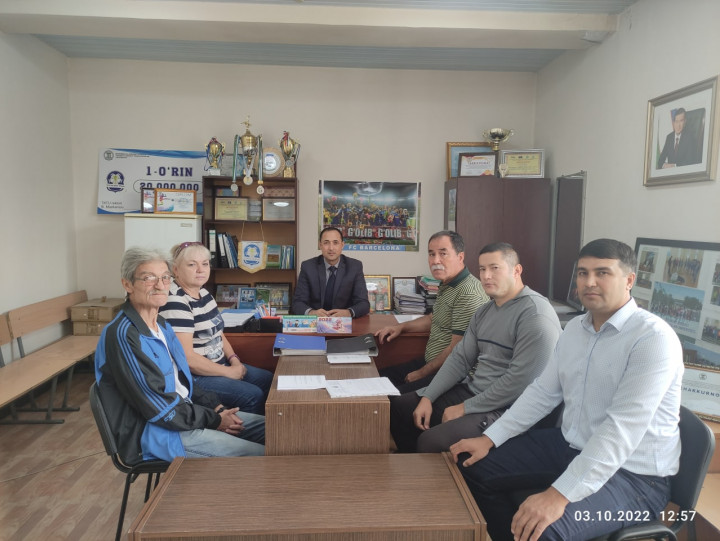